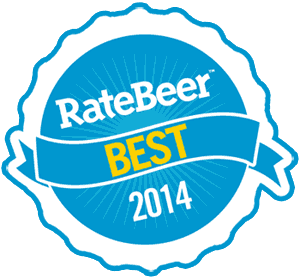 A few random notes and reads…

RateBeer has been rolling out its Best Awards for 2014, with lists of Top New Brewers, Best Beers In the World, and more. The results were calculated from scores posted by the site’s reviewers; two more lists are will be revealed on Thursday and Friday.

And in Top Beers, Brewers, New Brewers by Subregion, Foolproof’s Raincloud Porter was cited as top beer and Narragansett as top brewer [there was no entry for best new brewer].

• Fresh beer: Rev up the sled and head to Exeter to get growler fills and tastings at Tilted Barn Brewery. They’ll have Half-Mile IPA and Winter Sol [a brown ale] for your sipping and purchasing pleasure.

• And two diverse reads, if you have more Juno-related time to kill today:

How Great Divide and Sam Adams Decided Not To Fight Over the Whitewater Beer Name, by Jonathan Shikes @ Westword [“ ‘We’d always rather work together with a fellow craft brewer to come to an amicable solution and we were both able to do so here in a spirit of good will.’ ”]

And in case you missed it, the times they have a-really-changed: Bob Dylan Does the American Standards His Way, an exclusive interview by Robert Love from AARP The Magazine [“ ‘I don’t work at Rolling Stone anymore,’ I told them, thinking it was a case of crossed wires, since I put in 20 years there. No, they said, there’s no mistake; he wants to talk to your readers.”]