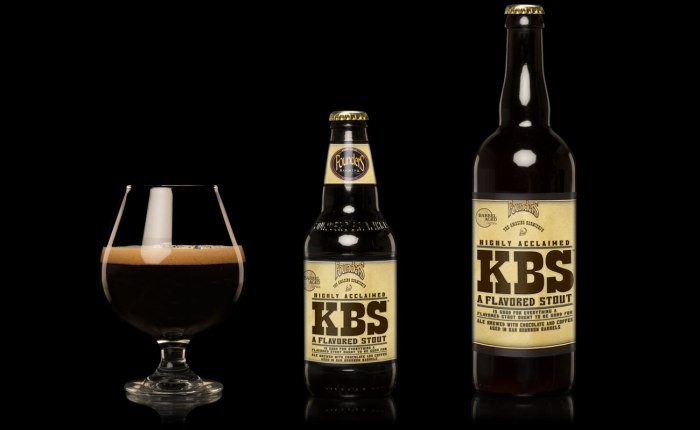 Saturday is April Fools’ Day but, more importantly, it’s KBS Day. The arrival of Founders Brewing Co.’s Kentucky Breakfast Stout — made with chocolate and coffee and aged in oak bourbon barrels [11.8% ABV] — will set off the usual frenzy, with beer obsessives racing from store to store to snap up singles and hoping to stumble onto the Oh-So-Rare Yes,-We’re-Selling-It-In-Four-Packs Four-Pack [and KBS will be available in 750ml bottles for the first time].

But because KBS Day is on a Saturday, the real KBS Day ’round here will be Monday [4.3] [and later in the week for some stores], since the McLaughlin & Moran trucks won’t be rolling on 4.1. On Wednesday [4.5], John Abercrombie, Founders’ marketing manager, will preside over a KBS 2017 tapping at the Avery [18 Luongo Memorial Sq, Providence] from 6-8 pm; then the fun moves to the Wild Colonial [250 South Water St, Providence] from 8-10 pm, featuring KBS plus Frootwood [cherry ale aged in oak barrels] and a Barrelhouse-only Comet IPA. But keep up on the social mediums for more events and the specifics re: when the bottles and kegs arrive at your fave retailers and taverns.

Bonus content: Robert Allen of The Detroit Free Press wrote a story about this year’s batch of KBS. Some highlights:

• “Longtime fans will notice the annual Founders Brewing Co. release, an imperial stout with coffee and chocolate, cave-aged for months in bourbon barrels, is even more smooth and balanced than previous years. During a tapping event…I immediately noticed less of the boozy heat than last year’s release, with roasty coffee notes taking center stage.

“ ‘This year I noticed a particularly large percentage of older barrels — barrels that were filled (with bourbon) 10, 15, even 20 years ago. These barrels seem to have a deeper, richer, more balanced bourbon character, where the younger barrels have a more in-your-face bourbon quality,’ he said.

“The same recipe is used every year, but large-scale barrel aging inevitably lends some variability. A variety of younger and older barrels, and differing bourbons — such as Heaven Hill, Jim Beam and Maker’s Mark — age the stout before it’s combined and bottled.”

• In a 2016 piece, Allen deleved into the KBS backstory: “We recently took a trip with its makers about 3 miles from the brewery to Michigan Natural Storage to get a taste of the KBS aging process. To reach the caves, you take an elevator ride 85 feet below Grand Rapids. The former gypsum mines spread for about 6 miles of mostly narrow passages where the temperature and humidity are tightly controlled…Among the 7000 barrels on racks are future KBS and Backwoods Bastard, a Scotch ale. Heystek sprayed sanitizer on four of the barrels and popped out the bungs, removing samples with a turkey baster to give us tastes comparing Backwoods and KBS brews aging since as far back as 2011. The alcohol bite was more noticeable in the fresher samples, while the older ones had more velvety, dessert-wine flavors.”

And heads up re: the Craft Brew Races event — a 5K walk/run capped by a 3.5-hour beer fest — which is happening on Saturday, July 22 at Fort Adams State Park in Newport. The early bird offer, which saves you $5, expires at midnight tonight [3.31]. Click here for the prices and to get your tix.

This just in from the Brewers Association:

“Small and independent brewers are operating in a new brewing reality still filled with opportunity, but within a much more competitive landscape,” said Bart Watson, chief economist, Brewers Association. “As the overall beer market remains static and the large global brewers lose volume, their strategy has been to focus on acquiring craft brewers. This has been a catalyst for slower growth for small and independent brewers and endangered consumer access to certain brands. Small and independent brewers were able to fill in the barrels lost to acquisitions and show steady growth but at a rate more reflective of today’s industry dynamics. The average brewer is getting smaller and growth is more diffuse within the craft category, with producers at the tail helping to drive growth for the overall segment.”

Additionally, in 2016 the number of operating breweries in the U.S. grew 16.6 percent, totaling 5,301 breweries, broken down as follows: 3,132 microbreweries, 1,916 brewpubs, 186 regional craft breweries and 67 large or otherwise non-craft brewers. Small and independent breweries account for 99 percent of the breweries in operation. Throughout the year, there were 826 new brewery openings and only 97 closings. Combined with already existing and established breweries and brewpubs, craft brewers provided nearly 129,000 jobs, an increase of almost 7,000 from the previous year.

Note: Numbers are preliminary. For additional insights from Bart Watson, visit “Breaking Down the Craft Growth Numbers” on the Brewers Association website. A more extensive analysis will be released during the Craft Brewers Conference & BrewExpo America® in Washington, D.C. from April 10-13.

This just in from the SOL crew:

If You Can It, They Will Come to the Distillery of Dreams on Friday, March 24 for Release of First-Ever Canned Beer – Love Handles Double IPA

If you can it, they will come. Not to some cornfield in Iowa, but to South Kingstown on Friday, March 24 to celebrate the release of Sons of Liberty’s very-first canned beer – Love Handles Double IPA (DIPA). Forget Shoeless Joe and Moonlight Graham – the people will come for this voluptuous DIPA that’s got curves for days. Brewed at 7.8% ABV and sold in 16-oz. cans, Love Handles Double IPA is a New England Style IPA (NEIPA) with distinct mango on the nose and a body deserving of its name. Double dry hopped with 8 lbs/BBL of Equinox and Eldorado Hops, Sons of Liberty used floor malted Maris Otter to support the busty hop additions and 18% oats to create a juicy, creamy mouthfeel.

Throw back a few of these cold beauties, or any of the great beers Sons of Liberty now has on tap, to the sound of Rhode Island’s favorite country outlaw, Mickey Lamantia, as he will be playing live in the distillery’s tasting room. And since proper love handles require a team effort of beer and food, Warwick’s Open Season will be making the quick trip down the road to provide mouthwatering eats, including pretzels with Uprising Stout Beer Cheese, Buffalo Chicken Mac and Cheese and Wild Boar Bratwurst with Bacon and Beer-Braised Onions.

The distillery will open its doors at 5 pm, but the line will probably start sooner. No money needed at the door [1425 Kingstown Road, South Kingstown], only for drinks and food! Call 401.284.4006 for even more details.

We love music more than beer [heresy!!], and we adore Ben Folds Five’s Whatever and Ever Amen, which was released 20 years ago today. Jeff Giles did a sweet piece at Diffuser to commemorate the anniversary. And YouTube hosts the album [natch]. Cheers!!!!!!!!!!!!!

Wotta day! Tilted Barn announces that it has its own canning line . . . Proclamation says, “Us too!”

Yowsah, more big news for the 401 brewing world! This just in from Ragged Island:

We have limited supplies of all beer since we are only a 1BBL so we will NOT be filling growlers.

We will offer a flight of samples (5 oz each x 4 samples) with the option to buy an additional 12 oz pour of your choice or you can purchase up to two 12 oz pours.

Parking is limited in front of the brewery, however additional parking is available out back. See our map below for details.

We are easily accessible from Rt. 138 and Rt. 114. Look for the signs when you arrive. See you soon! 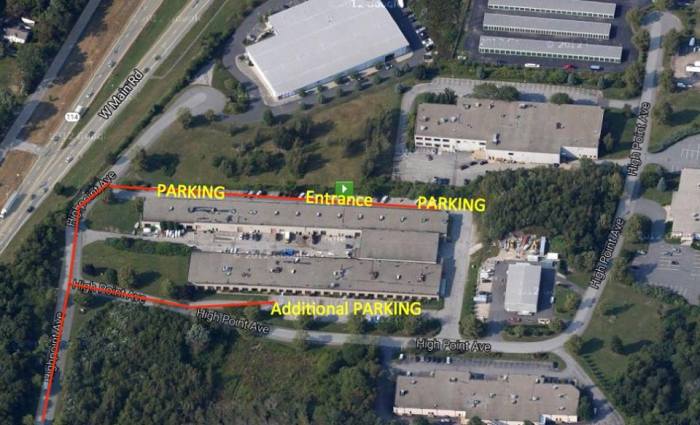 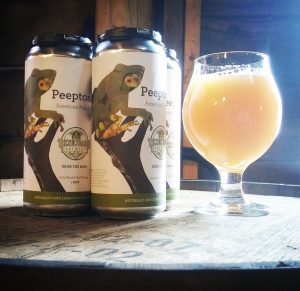 Big news from Exeter: Tilted Barn Brewery will be selling its first batch of cans, filled with Peeptoad Pale Ale, on Saturday [3.18]. Here are the details, which were posted on their blog on 3.16:

By now you’ve probably heard the rumblings and rumors that we have been working on canning our beer. It’s the next logical step for us as a brewery; we love growlers (and will continue to do growler fills) but cans last longer, travel well, and will reduce lines at the brewery since they will be pre-packaged and ready to go. The time has finally come and beginning on Saturday this week we will be offering some of our beer in 16-oz. cans. Here are some details…

To make a long story short, we decided to purchase our own canning line rather than rely on a mobile canner. It offers us much more flexibility in both scheduling and also which styles of beer we will be able to offer. That being said, it’s going to take us a little time to dial everything in and make sure we’re comfortable. So, for the first couple of weeks we will likely have lower case counts and limits. Once we get everything squared away our case counts and limits will increase and so will the variety of beers offered in cans so please bear with us and be good to each other!

Aside from having cans, everything else will remain the same. We will still be offering tastings, full pours, and growler fills in the taproom; we’ll still have food trucks on most days; and you’ll still be stuck seeing all of the same faces behind the bar. We’re extremely excited for this next chapter for TBB and hope you are as well. Thanks for all of your support — without it we wouldn’t be here!

Mega-congrats to the TBB crew!

It’s Saint Patrick’s Day, and a few local breweries have tailored a selection or three to commemorate the beer-soaked festivities. Long Live Beerworks is tapping a special cask of Jailbreak [a hat tip to Irish rockers Thin Lizzy], a stout “casked with Jameson-soaked oak, vanilla, almond, and cacoa.” Crooked Current is pouring Irish Red Ale. Ravenous Brewery is unveiling Rhode Ireland Ale, a “blend of stout and red ale ingredients.” Foolproof has a special cask of Raincloud Robust Porter with whiskey-soaked oak, vanilla bean, and Irish cream essence. Newport Storm’s Spring Irish Red Ale is on the shelf at your fave packie. And Grey Sail Tap Room is going trad with pints of Guinness and, yes, green beer [which “may or may not be Miller High Life,” per their Instagram].

And if you can’t indulge in any of those emeraldesque temptations, we suggest that you enjoy a taste of B&C’s Official Sponsor, in its resplendent mostly-green can:

Yowsah, this is our third consecutive day of Bottling & Canning! We’re posting/partying like it’s 2015!!

In our column in the brandy-new/out-today issue of Motif, we have an update on the goings-on at the opening-any-day-or-real-soon-anyway Isle Brewers Guild, with details on Narragansett Beer and the other proud beer-making partners in Pawtucket. [Yep, we’ve written a lot about the IBG/’Gansett.] Click here for the html version and/or click here and flip to page 12 for the Virtual Newspaper Experience. Cheers!

This just in from the Brewers Association, “the not-for-profit trade association dedicated to small and independent American brewers, their beers and the community of brewing enthusiasts.” Narragansett is #36; in 2015, they were #38. [Click here for the top 50 overall US brewers; ‘Gansett is 45th on that list.] 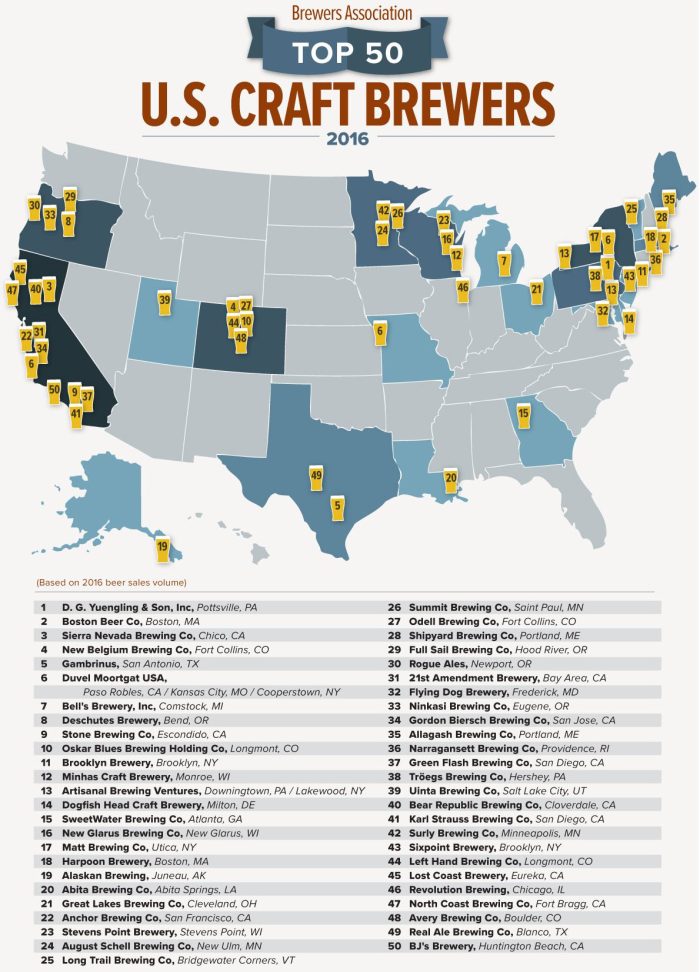 Dave at Proclamation Ale Company posted “a quick update about us moving”:

Here’s the gist: “[A]s we see it now, the best case scenario is that we could get the place operational by late July or so, but that, even at this time, might seem severely optimistic.”